Your genesis artwork is the very first artwork or series you mint. It's the first time you decided to share your creativity on the blockchain for collectors to buy. Fortunately, there are collectors searching for genesis works too.

"Strong sun lights a stretch of snow and craggy mountain from high up on Beinn Achaladair with views across Rannoch Moor and close to Bridge of Orchy - 3:18pm Saturday 4th March 2006." Alastair Keddie.

Alba Dubh is the name of Alastairs genesis series of black and white photographs. Alba Dubh translates roughly as dark or black Scotland in the native Gaelic and these photographs emphasise the failing of light as they recede into distance and time according to Alistair. There are eleven photographs in this series.

The Alba Dubh is his latest series though, not his genesis NFT ie: the first that was minted on the blockchain. That honour goes to 'Ahead full of screens, a siren calls'

Alistair's first NFT is part of the Ghost Shimmers collection on the OpenSea marketplace.

"The Ghost Shimmers collection is a long exposure, black and white street photography from a series of Sun Glints, shot while walking in Auckland, New Zealand." Alistair Keddie.

Does genesis mean new artist? Not necessarily. It definately means the first NFT minted by an artist. Alistairs provenance heralds from his studies at the Glasglow School of Art in the early 1980's, his portfolio of work is recognised by Saatchi's Art.

Now living in Aotearoa, New Zealand... on the opposite side of the world from the subject matter featured in his OpenSea genesis series, Alistair's work has also evolved.

"Something epic landscape, incandescent bright" is his genesis artwork on Foundation minted 65 days ago according to Etherscan records.

Keep digging and you'll find Alistairs most affordable photographic on the Hic et Nunc (HEN) marketplace starting at just 1 Tez. My favourite? No safe distance. The heavy editing in post turns an innocuous side of the Auckland highway into something more foreboding... with a foreground of vehicle artifacts breaking visual  expectations. While not a genesis work, it's cool nonetheless to see some of my home country minted on the blockchain.

If you're an OpenSea ethereum genesis collection collector, start with Ghost Shimmer.

Idil Mohamed is a photographer based in Toronto so it makes sense for her genesis artwork to feature the iconic CN Tower.

"This photo was taken in Toronto’s Financial District and is by far one of my favourite photos. I remember standing in this exact spot waiting for someone to walk by for about an hour to capture the shot I had envisioned. I’m really happy that I waited because the photo came out to be everything I imagined and more."

Selecting your genesis photo is also a promise to collectors of what's to come. If this is what we can expect next, then I'm more than excited to follow Idil's photographic journey on the Foundation marketplace.

The photograph was minted on the blockchain on May 13th at 11:55pm for those of you who care about timestamp provenance.

Idil offers a series of more recent perspectives of the CN Tower on the OpenSea marketplace. There are ten to the collection named 'Toronto: A City of Colour' highlighting Toronto’s iconic landmark, the CN Tower.

"Ever since picking up a camera in 2018, I was inspired to capture the places that make up the vibrant city of Toronto. These photos were taken over the course of 4 years and represent my growth along my journey as a cityscape photographer. Each image features the CN Tower in different conditions and at varying distances, all of which showcase the beautiful colours that paint the city." Idil Mohamed.

As I write this, I'm elated to see these photos...being half Canadian myself. How the cityscape has changed the skyline since I last visited in 1991! How good is this photo! (on Instagram so not available to purchase)

'Calm in Chaos' was the first artwork sale by Keegan Westervelt also known as @Goku_NFT on Twitter.

"I still remember those first few months living in New York like they were yesterday, there was no better fast track way to getting a feel for the city than working in Times Square at random hours of the night."

"There's a feeling that suddenly switches on once the Broadway shows have all closed and the tourist returned home."

"In these hours moments of magic happen on the regular, often unseen or disregarded but to the few who pay attention."

The photograph sold for 0.22 eth on August 4th 2021 from a single bid. Congratulations Keegan!

If you missed this genesis sale, Keegan has listed his second 'The Woman' on the Foundation marketplace.

Today's MintFace shows that selecting your genesis artwork or series sets the stage for what your collectors will expect you to mint next. It also provides hope for those artists yet to sell their genesis artwork as there collectors who enjoy taking an early bet on early career artists or established artists new to digital artworks.

Whatever you decide, always listen to Keegan! 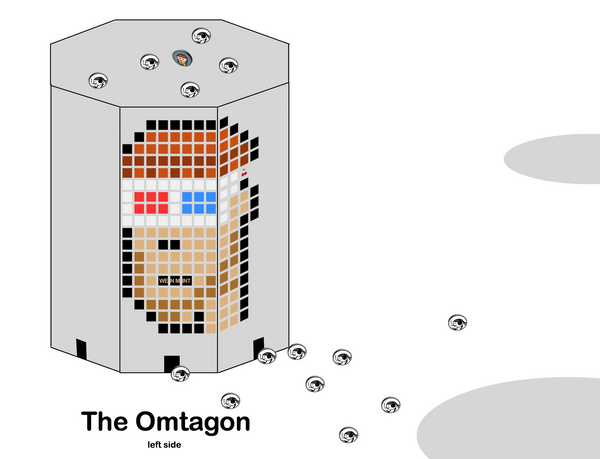