In this feature we look at the art work of Shaun Johnson and the social commentary that accompanies it.

Shaun Johnson is a photographer inspired by emotions that push his opinions to invoke positive change in humanity through his photography.

Shaun Johnson minted a single artwork on Foundation titled 'The Giving Hands' on October 21st, 2021. It is a tribute to his father and the description shares the depth of feeling from one generation to the next through the symbolic focus on hands.

I decided to take this photo of my dad's hands for the following reasons;

These are, “ The Giving Hands”
And through me I can give them to someone else.

Thank you and I love you, Dad.

All of the hard work that my dad did for me using his hands deserve to be remembered forever.

The weatheredness, the indented horizontal folds and the lifegiving tributary of each Basillic vein that flows towards the fingertips... all appear out of the darkness for us to recognise and draw parallels to what hands shaped us and who we might help shape with our hands.

There is a social significance in focussing on the hands as they are the 'organs of the body which, except for the face, have been used most often in the various art forms to express human feeling' according to a 1955 study on The Anthropology and Social Significance of the Human Hand.

Through Shaun's collection on OpenSea, we are invited to a broader conversation. America 2020 is the most recent addition to the Firebrand collection, one where imagery invites us to discuss American political leadership or the lack thereof in 2020. The Sacrifice is a tribute to previous American leaders and All Seeing is commentary on a yet to be revealed secret by the artist.

I forget to mention Mask of Horrors. It is perhaps the most striking for its paper-mached cuttings of American place names now synonymous with gun violence.

"I created the, "Mask of Horrors" in an attempt to start a conversation between the citizens and the politicians about stricter gun laws in an effort to help prevent and hopefully end gun violence in the United States of America." Shaun Johnson

The vertically arranged Parkland letters cutting through the right eye of the mask wearer, a searing reminder of America's most deadly high school shooting four years ago.

As I write this, a father who lost his son in the Parkland school shooting, scaled a crane opposite the White House to protest the state of gun crime in America. The symbolism of a faceless mask for horror in Shaun's work, reminded me of the 'woman in a gauze mask' that became synonymous with the London 7/7 bombing atrocity. By removing the face, we are left with a vaccum...a darkness that is beyond individual grief.

These photos by Shaun are 'designed to challenge the status quo and to get people thinking outside of their own personal box' and a reminder that art isn't always something we have to feel comfortable viewing. Art is a powerful tool of cultural change and Shaun is doing important work to make a statement that change is needed.

Thank you to Milibooo for putting Shaun Johnson's work on the MintFace feed. 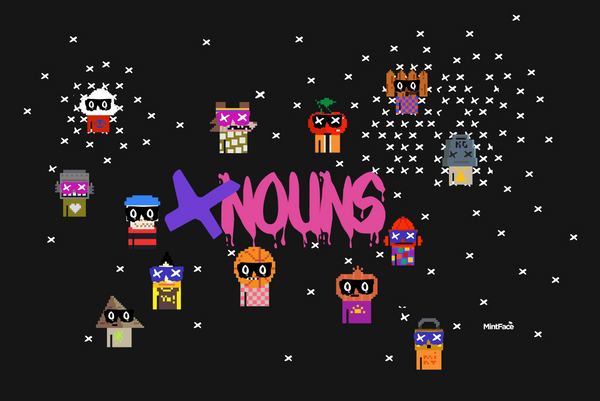